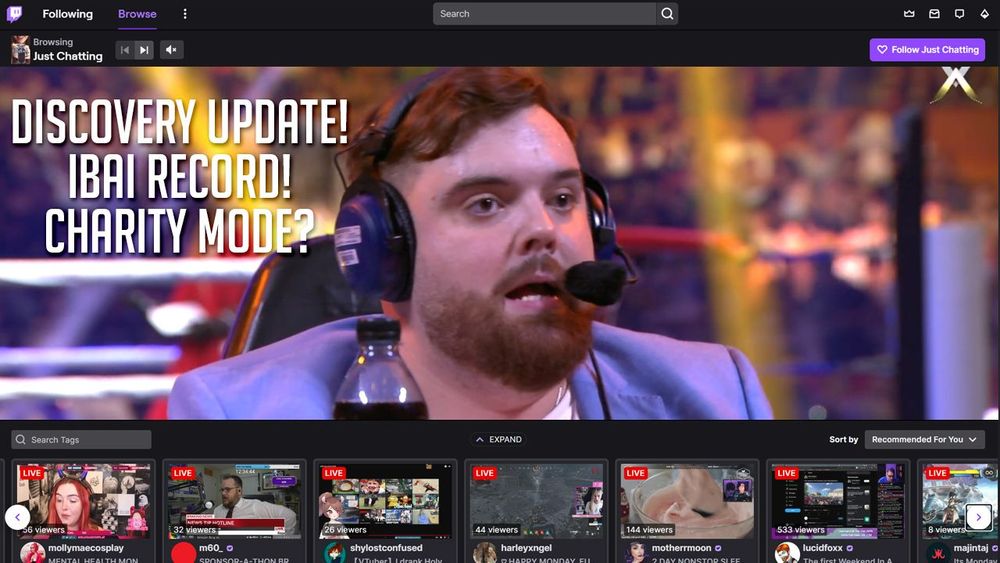 I've been venturing outside of streaming's top two platforms and looking at the alternatives. I have a list of about 30 different streaming services, and I think in an upcoming month, I'm going to stream on all of them to get a sense of what they're like! Is that something you would be interested in hearing about? Let me know on Twitter! This week was packed with consequential updates, including Ibai setting new records, a discovery mode for browsing streams, and an upcoming Charity mode that should be coming soon. Let's get into it!

Twitch is testing an experiment that overhauls the browsing section and puts discovery in the limelight! Gone is the basic thumbnail directory, and in its place, a brand new preview player, channel switching capabilities, and ad-free browsing! The limited preview of channels is about 60-seconds, after which you either have to join the stream you're interested in or move on to the next one. While not everyone is enthused about the update, after you get over the initial 'shock' of how much has changed, it's pretty good! BUT, if you're still not feeling it add /list to the end of the URL and go back to the old system.

Twitch launched a new "Manage Sub" button experiment as part of their Seamless Upgrade/Downgrade system. And finally, they also made some updates to their Self Destructive Behavior and Discussion policy. 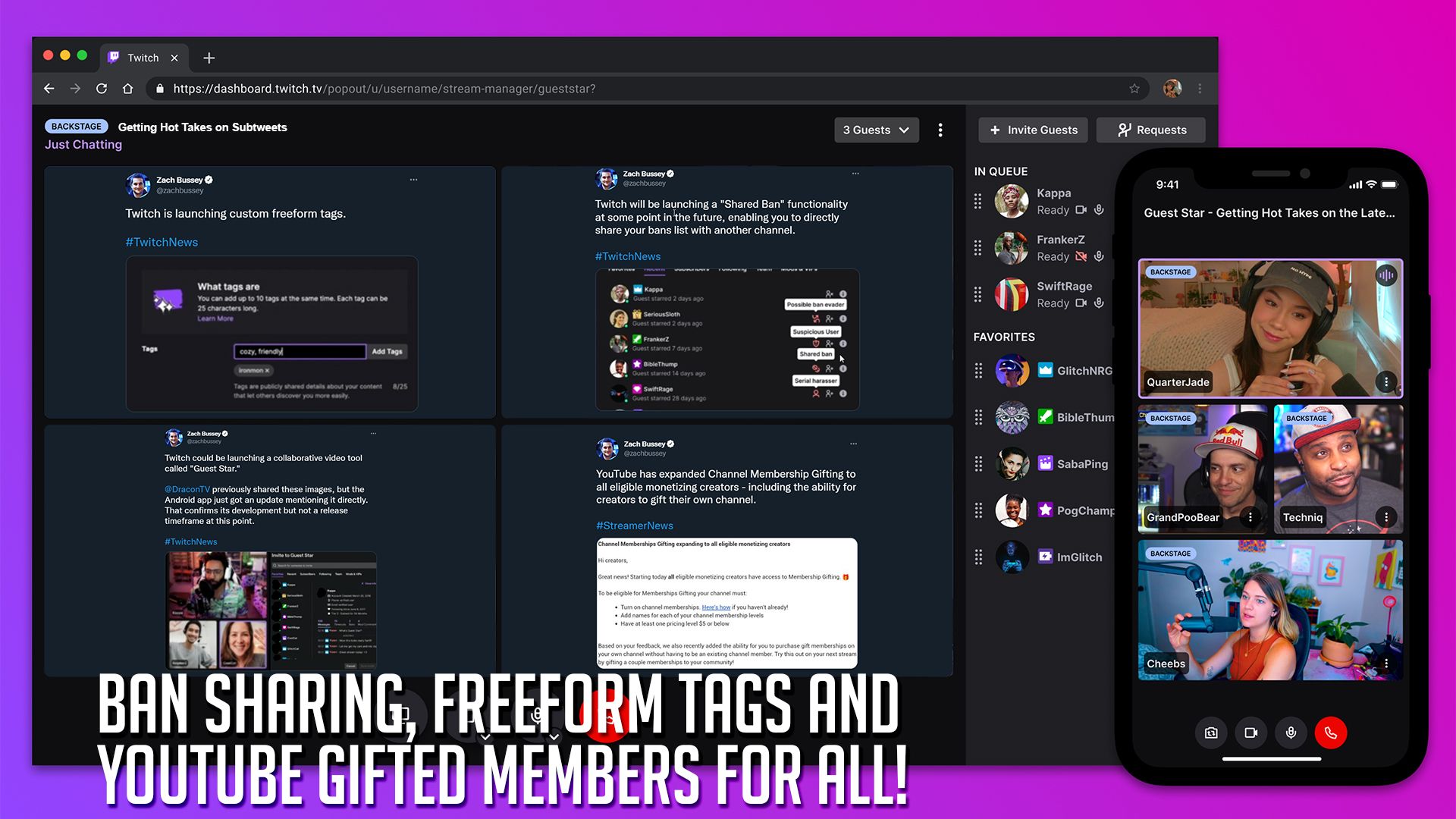 Ban Sharing, Freeform Tags, and Gifted Memberships for All